The Difference Between Books and Movies 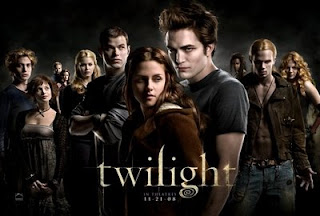 So I went to see the new Twilight movie. I went by myself so I wouldn’t have to put up with editorial comments from the men in my family. They are not the target audience. As Stephanie Zacharek suggests on Salon.com, it’s sometimes more fun to watch in a critic-free zone.
I thought Catherine Hardwicke did a good job of translating the book to film. Some things were done differently than I would have done them, some parts were cast differently than I would have chosen, but I am not a filmmaker, I’m a writer. I know my limitations.
Afterwards, I looked at the professional reviews on rottentomatoes.com. They were decidedly mixed, but I knew that it was possible that those who did not like the movie would not have liked the books, either.
I wanted to know what readers who loved the books thought of the film, so I checked out the comments on the Twilight LA Times blogs and on the forums on rottentomatoes. Some (by no means all) of the Twilight-lovers who posted were disappointed. They called the movie awkwardly comical, unbelievably bad, craptastic, and one of the worst remakes of a book I’ve ever seen. They described themselves as gravely disappointed and utterly and completely appalled.
What I’m saying is, those who were disappointed were REALLY disappointed.
Common themes seemed to be that the movie left things out, it was nothing like the book, it didn’t capture some crucial element in the book, it didn’t match the reader’s vision of the book, and it was too short and rushed.
It reminded me of my sister, after the Lord of the Rings movies came out. “They were pretty good,” she said, “but I can’t believe they left out Tom Bombadil.”
Well, I said, the movies were three hours long as it is. How long did you want them to be?
Keep in mind that I am a total LOTR nerd.
Probably the most common question I get from readers is, When are they going to make your books into a movie? Personally, I think it would be really cool if they were. But I think any reader who eagerly anticipates a movie made from a book she loves is risking disappointment.
I’ve said this before, and I’ll say it again: books are a partnership between readers and authors. Each contributes to the final story. In effect, every reader reads a different book, shaped by her own emotions and experiences. When we watch a movie, we have to accede to the director’s vision. So it stands to reason that some if not most of us are going to be disappointed when we see our favorite books committed to film. The more favorite it is, the more we have contributed and the more disappointed we will be.
Given the fact that Twilight is a romance first and foremost, I think Twilight readers contributed more to the final story than, say, a reader of military science fiction.
There are things that a book can accomplish that a movie cannot. I persist in believing this.
So, gentle reader: be careful what you wish for.
PS: Twilight fans have voted with their cash. During its first weekend, Twilight the Movie scored $70.5 million in domestic sales on a production budget of only $37 million.
Posted by CindaChima at 7:32 PM