Time for a TantalizingTaste of Flamecaster 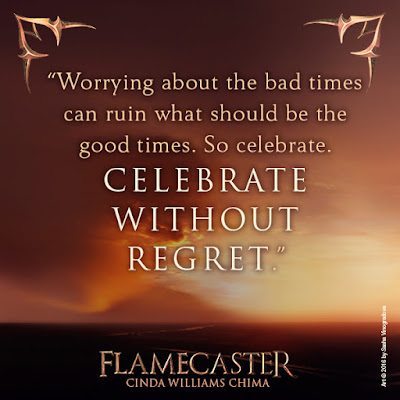 Posted by CindaChima at 4:53 PM No comments:

What's That You Say? You'd Like to Read the First Two Chapters of #Flamecaster Right NOW?!

All right, then! You'll find it here 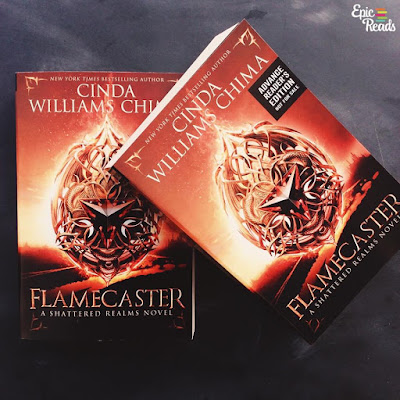 Posted by CindaChima at 5:17 PM No comments:

Pirates, dragons, and wizards behaving badly--all inhabit the world of the Shattered Realms. The first novel in the new series, Flamecaster,  comes your way April 5, 2016 from HarperTeen. 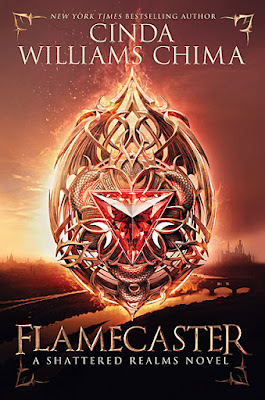 The action takes place about twenty-five years after the Seven Realms quartet. The series could be called a new generation of magic, since many of the characters are the children of characters you met in the original series.
Adrian sul'Han, known as Ash, is a healer with a powerful gift of magic—and a thirst for revenge. The son of the queen of the Fells, Ash is forced into hiding after a series of murders throws the queendom into chaos.
Abandoned at birth, Jenna Bandelow was told that the mysterious magemark on the back of her neck would one day make her a target. But when she learns that the King of Arden's blackbird guard is hunting her, she assumes it has to do with her role as a saboteur in the Delphian underground. The truth is even more terrifying.


Set in the familiar world of the Seven Realms, this is a thrilling story of dark magic, chilling threats, and two unforgettable characters walking a knife-sharp line between life and death. 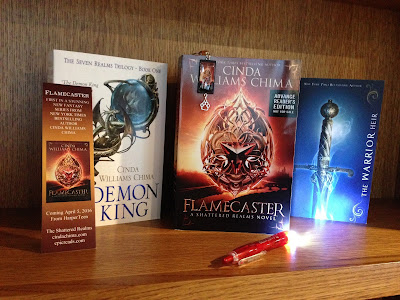 To celebrate the new series, I'm giving away a prize package including an ARC of Flamecaster plus rare UK editions of the first books in my two previous series,   The Warrior Heir and Demon King. I'm throwing in a Flamecaster light pen (all your friends will be jealous!) bookmarks, and a Flamecaster keychain/purse charm.
Don't miss out! See below for how to enter and win.  Contest runs from February 15 to the ides of March (March 15)

Sorry -- US and Canada only!!
a Rafflecopter giveaway

Wanna Be a Chima Insider?

I'll be posting a fantastic giveaway in this space on Monday.  It's open to everyone in the continental US.  So stay tuned. 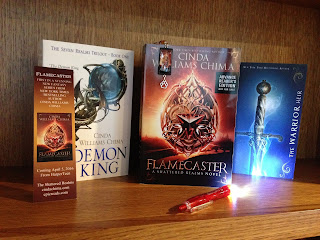 But -- want to put the odds EVEN MORE in your favor? Newsletter subscribers be eligible for their own PRIVATE giveaway. Instructions for entry will be included in the next newsletter, which comes out next Tuesday, February 16. This newsletter will also include appearances this spring through fall after the release of Flamecaster.

So...if you want to get in on your own private giveaway, sign up for my newsletter here  before Tuesday!
Posted by CindaChima at 9:16 AM No comments: 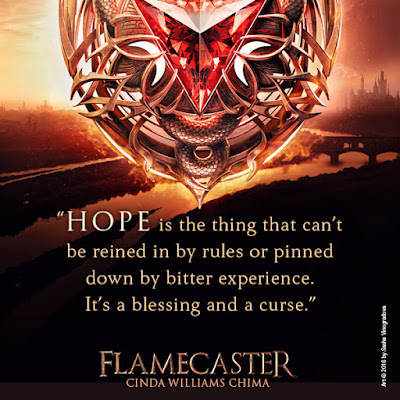 What's This?! A KIRKUS STAR for Flamecaster?! 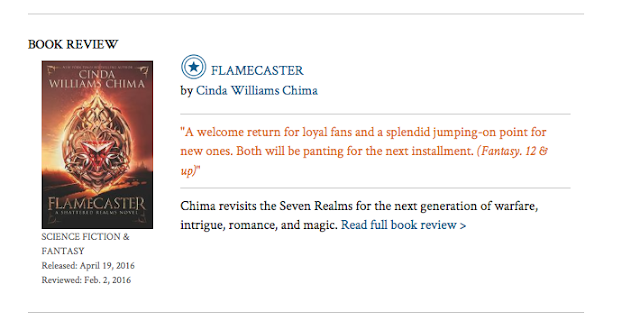 Full review is here !
Posted by CindaChima at 6:35 PM No comments: