My posts are often targeted at young writers—the ones that contact me most often with questions. But today I’m talking to writers of a certain age. Yes, you. You may not even be that old—but you’re old enough to ask yourself whether it’s too late to become a writer.
If this doesn’t apply to you—well, then, go write something!
All of my life I have been transforming myself, and each time I did, I asked myself, 'Am I too old to be doing this?'
Even when I was only 27, and thinking about going back to school to become a dietitian. I wondered--should I spend three years in school at MY age? And I thought to myself, in three years, you'll be thirty, whether you do this or not. And so I did it.
I began writing in third grade, and continued through high school. But I got away from the writing habit in college, when I was buried under school work and a nearly full time job. I wrote term papers and case studies and eventually papers for professional journals. But I left poetry and fiction behind.
I got back into writing as a working mother of young children. I was still busy, but I had something to say. I found out that I still had a lot to learn. So I made time to write and learn my craft.
Eventually, I became a fairly successful freelance writer. But I knew that freelance writing would always be a part-time gig, and I longed to go back to fiction. So about ten or twelve years ago, I made a conscious decision to focus on novels. Given that I also had a day job, it meant giving up some freelance work. And I asked myself, "Am I too old to be doing this?" But I did.
I published my first novel four years ago, and I’ve released a book a year since then. I have been a full time writer for two years now.
In my opinion, it’s never too late to transform yourself, if you focus on process instead of outcome. Writing isn’t like ballet--it’s never too late to begin. I intend to keep at it until they pry my cold, dead hands from the keyboard.
What you shouldn't do is wait until the perfect time to do it. There are easier seasons in your life to launch into a new endeavor, but there will never be a perfect time. So don't wait until you finish school, until you retire, until the children are all grown, until your life magically untangles itself. It takes time to become the best writer you can be. Start now.
On the one hand, I know I will never live long enough to write all my stories down. I regret that. On the other hand, maybe that’s how long it took to gain the skill and life experience I needed to be the writer I am.
Posted by CindaChima at 8:51 PM 5 comments:

Shout-Out and Thanks to OCTELA

I had a great time in Columbus at the OCTELA (Ohio Council of Teachers of English and Language Arts) conference. Believe me, it is stressful to get up and make a keynote speech in front of a whole room full of English and language arts teachers and reading specialists. But they gave me a warm welcome. I always feel in context with people who love books. 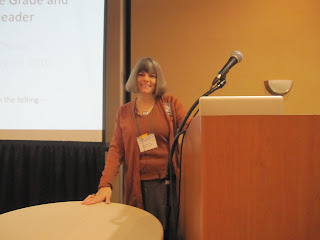 Karen Tollafield, the conference coordinator, and her committee did an awesome job. Here I am at the signing table with the raffle in the background. 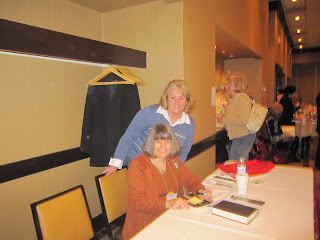 YA author Sharon Flake, storyteller Kevin Cordi, author/teacher Steven Layne, and I did a roundtable session (though here it looks more like a lineup!) 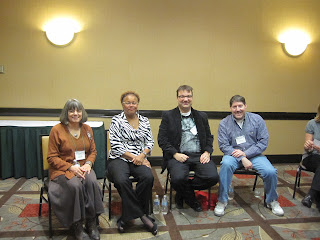 Sharon was the keynote at lunch, and I attended Kevin's breakout on using storytelling in the classroom. I love hanging with authors and teachers.
Posted by CindaChima at 5:11 PM 2 comments:

Young Writer Writes:
Why aren’t more successful writers willing to mentor others? I mean, no offense, but we could use some help. 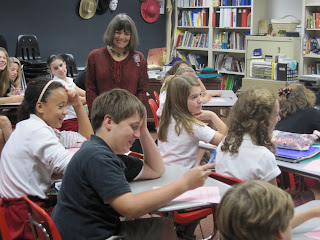 No offense taken. I have been where you are. This is a heart-breaking, frustrating business.
I think most writers do mentor others in a way that allows them to meet their other obligations. But what they can do may not match up with what another writer needs, wants, or expects.
I'm fortunate enough to be a full time writer (finally.) Believe me, I AM SO FRICKING HAPPY TO BE ABLE TO MAKE A LIVING AT THIS. Most writers—even published writers—have day jobs and many have families. For my first twenty-three years as a writer, I had a day job. I got up at 4 in the morning and fell asleep with my face on the keyboard at night. And then I used to hike three miles in my flip-flops through waist-high snow to the mailbox to mail off my manuscripts. Only to be blown off by publishers and agents alike. Year after year after year. With no guarantee that I would ever make any money.
I did get some help from other writers along the way, but it was mostly a reciprocal kind of thing—through critique groups, conferences, and blogs. I gave, and I got, and we all learned together. Participating in the community of writers is extremely important, if only because you will finally fit in.
I have learned the most from reading other writers’ books. That’s the best kind of mentorship. Reading really good books is like taking a workshop with a master—for free (if you get the book at the library.) But you have to learn to read like a writer, which is very different from pleasure reading.
I also read many, many books on craft. I have a shelf-full over my desk and still refer to them from time to time.
Many aspiring writers believe that published writers have more power than we do. My opinion is just that—one opinion, one set of biases. I’m not an editor—I’m a writer. Editing is a very different skill, believe me. In my one editing gig, it was always easier for me to rewrite something than to edit someone else’s work. That is not the kind of help you need.
I still work seven days a week (I’m trying to change that) but I do try to give back., while protecting my writing time. I blog on writing technique, teach writing workshops, do school visits, and try to answer emails from writers, either directly or through the blogs. I belong to three critique groups, one online, the other two in person. That’s what I can do, and meet my deadlines, and give my honey a hug now and then.
What most writers can’t do—for a multitude of reasons, legal and otherwise—is read your manuscript, edit it, and get you an editor or an agent. We can’t give you the magical shortcut to publishing success. Trust me—If I knew what that was, I would have used it myself.
Posted by CindaChima at 9:35 AM 3 comments: 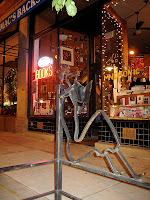 Webpage Updated
www.cindachima.com
If you haven’t visited my webpage lately, well, you know, better go there! It’s newly updated and revamped (thanks Webmaster!) with info about The Exiled Queen, upcoming events, and more resources for writers. Check out my new document, Getting Started in Writing for Children and Teens (PDF) available for download on the site under Resources/Tips for Writers.
Posted by CindaChima at 6:52 PM 4 comments: 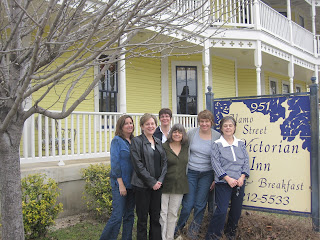 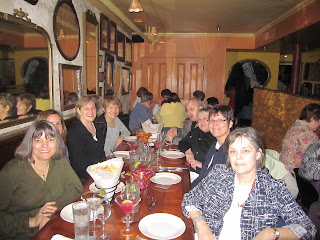 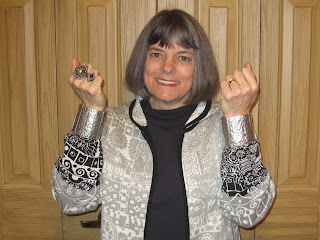 And, like usual, we can’t wait until next time.
Posted by CindaChima at 7:01 PM 2 comments: