Got the winter blues? Longing for a new read to take you away from wherever you are?
Maybe you just like winning...

Welcome to the
SHADOWCASTER ARC GIVEAWAY! 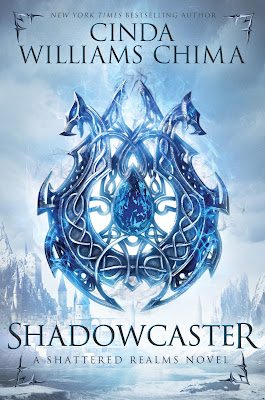 One lucky winner will come away with a shiny bright Shadowcaster ARC (with the original iconic cover, which no doubt will be a collector's item) signed however you want, plus items from the Chima swag bag.

Be in the know, drop a few hints about the saga to your jealous friends, and please, please, post an honest review on the site of your choice!

The giveaway opens February 15 and closes on the Ides of March (March 15.) Each entry option you choose gets you one entry. Some options, eg Tweeting, can be used every day.

Here's how to enter:
a Rafflecopter giveaway

And, just to whet your appetite, here's an excerpt from Shadowcaster from the viewpoint of Captain Halston Matelon of the Ardenine Army, who is being held prisoner by Captain Alyssa Gray of the Queendom of the Fells. He does not know that she is the heir to the Gray Wolf Throne.

Posted by CindaChima at 8:00 AM