Dragon*Con 2011 is over—but the memories will linger for a long, long time.
For the uninitiated, Dragon*Con is a kind of Mardis Gras for creatives, geeks, gamers, role players, artists, writers, musicians, costumers, bikers, and other misfits. Every Labor Day weekend, a counter-cultural tidal wave rolls over downtown Atlanta and it’s get on the bus or get out of the way.
This was the 25th Anniversary of Dragon*Con—but my first visit. Last Labor Day weekend, I was in the Atlanta area for the Decatur Bookfest, and I kept hearing rumors about what was going down in the city. I talked to a couple of writers who were doing both events. And I thought—hmm. Would I fit in there? Would Dragon*Con be a good gig for me?
And so I completed an extensive online form and qualified to be a guest of the con. I managed to get a room at the Sheraton—one of the headquarters hotels. I wanted to make the most of my visit, and so I volunteered for several fan tracks—the Writer’s Track, the Science Fiction and Fantasy Track, and the YA Lit track.
Be careful what you wish for. I ended up on 6 panels, with a reading and signing to boot. As my agent said, “Have fun working like a farm animal.” 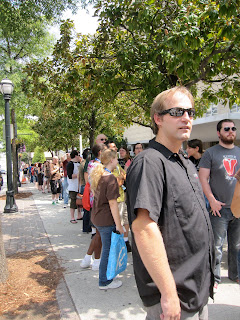 My first glimpse of the Dragon hordes was outside the Sheraton hotel, where a line snaked miles down the street in the Atlanta heat—waiting for registration. There was a line like that at each and every headquarters hotel. 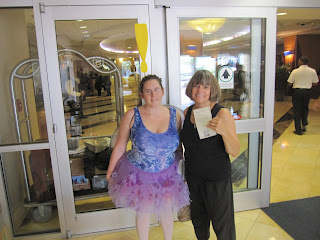 In the entrance of the hotel, I met Arkeda, a World of Warcraft character, who gave me a quest. When I fulfilled it, she gave me silver and a heartstone—to lead me back home. I palmed the heartstone, glad I had a talisman in case I lost my way.

Most of the action took place in a trio of hotels connected by walkway umbilical cords—the Hyatt, the Marriott, and the Hilton. Hotel lobbies and common areas became stages on which costumed performers flaunted their brilliant plumage.
It’s all about context. There were so few “civilians” that before long those of us who were out of costume began to wish for the anonymity of headgear. As my son said, “For the first time in my life I felt like I wasn’t nerdy enough.”
I encountered a middle-aged couple in the corridor of the hotel. “Are you one of those ‘dragon people’?” they asked nervously.
“Yes, I am,” I said.
My son met me there, to help me schlep books around, and to be my guide to popular culture.
Here are a few photos from around the con. 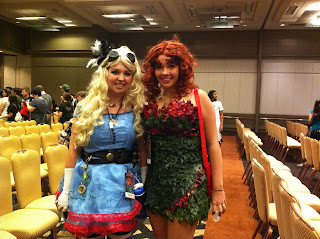 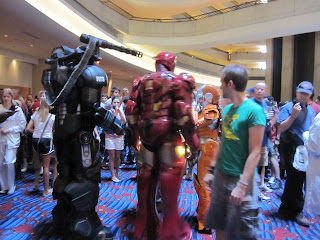 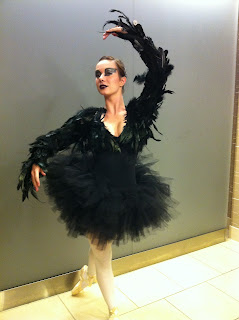 And here are some of my panels. 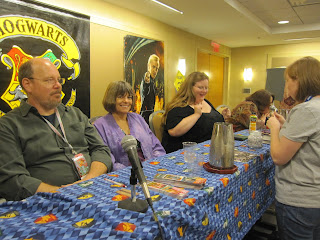 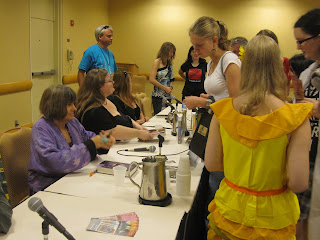 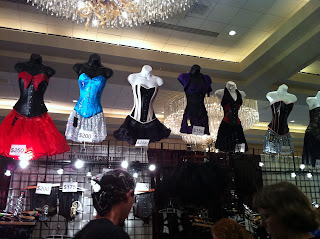 We went to the dealer’s room, where there were more than seven booths selling corsets! No wonder every other person had one on—even some of the men.
Ah, Dragon*Con—the place where highly diverse people can find their posses.
Posted by CindaChima at 11:01 PM

Email ThisBlogThis!Share to TwitterShare to FacebookShare to Pinterest
Labels: Dragon*con

Wow! I hope one day I'd be able to participate on an event like this... It seems to be pretty fun!