You know that I am a sucker for magic. But magic can be conjured in many different ways, and found in the most unexpected places—sometimes between the covers of a book, and sometimes in real life when somebody says or does something brilliant and unexpected.
And sometimes you find it in places where magic should be but is rarely found.
My son sent me this link to a blog post by sports writer (emphasis on “writer”) Joe Posnanski about taking his daughters to The Wizarding World of Harry Potter. I’ve not been to the WWHP-- I almost got to go there a few weeks ago when I was in Orlando for NCTE. But it didn’t work out. And now I find out that there really is magic there and I missed it. But read it for yourself.
http://joeposnanski.blogspot.com/2011/01/katie-prefect.html 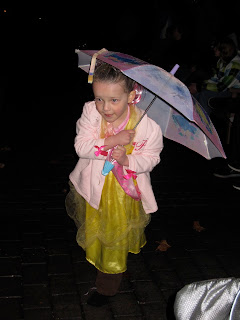 Posnanski’s story reminds me of the time my husband and I took our young sons to Disney World. First, it was brutally hot, and then it began pouring down rain and then Eric threw up (a common response to excitement at that time.) We tried to figure out how to salvage something from an awful day. So my husband sat with Eric in the picnic shelter and held him while he slept. Keith and I walked out in our yellow Mickey rain slickers to watch the parade.
The rain had thinned the crowd, and so, for once, we stood right in front where we could see. We heard the drums and the music and the parade flowed toward us like a ribbon of color through the midsummer dusk. We stood there holding hands while the parade marched by, like vinyl-clad refugees from a damp disaster. The mist rolled up from the hot pavement like magic and we held hands and I cried then, too.
Posted by CindaChima at 5:33 PM

I'd love to visit there someday! But now I think I'll wait until my kids are old enough that we can enjoy it together!

I loved his story, thanks for sharing.