The Problem with Princesses 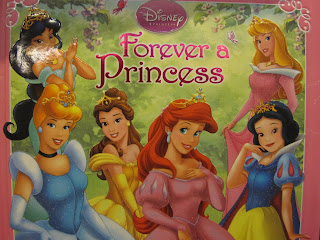 I’m ambivalent about princesses.
When I was a girl, my mother made me a princess costume one year for Hallowe’en. I was a princess, and my sister was an angel (this likely represented some wishful thinking on my mother’s part.)
My princess costume was tasteful gray satin with cathedral sleeves and a velvet bodice, and included a tall, conical princess hat with a scarf flying from the top. I almost immediately lost the hat, but I wore the dress all through winter and spring. I wore that dress until I could no longer shoehorn my growing self into it.
In recent years I was a regular patron of medieval dinners. Did I dress as a serving girl, or even a member of the burgeoning middle class? Oh, no—why squander a perfectly good opportunity to wear princess bling? I mean, princesses rule. Or they should.
But in traditional tales, princesses are too often passive creatures: waiting for rescue by someone else; held captive in towers, and enchanted by witches (and not in a good way). The archetypical princess is beautiful, kind-hearted, delicate and swoony. They spend a lot of time dreaming of their one true love, who miraculously turns out to be a prince—or at least a knight who can be polished up.
When a knight wins a kingdom, a princess is thrown in to sweeten the deal. They are often the equivalent of the winner’s purse when it comes to valiant quests, witch hunts, etc.
Sometimes I find myself rooting for the witch.
Princesses should be powerful figures, yet so often they are not--in literature, drama, and film, anyway. These days we have fire fighters and police officers, not firemen and policemen. But there are no princepersons. Princess is one of the few jobs that have retained that gender-specific title—perhaps because princes and princesses have had very different roles. Princes make things happen; princesses have things happen to them.
One of the viewpoint characters in the Seven Realms series is a princess. I almost cringe when I have to say that in my elevator speech. No, not that kind of princess, I want to say. Raisa is a kick-butt princess, frustrated with the expectations and restrictions of court life. She is the heir to the throne, and she intends to seize control of her future and create change in her queendom.

While she knows how to navigate a ballroom and salon, she spends much of her time in leggings and deerskin overshirt, hunting with her father’s clan relatives. This princess carries knives, and she knows how to use them.
For example, Raisa is attacked in an alley by a drunken assailant. After disabling him with streetfighting techniques, she presses a knife to her attacker’s throat.
“You touch me again, you arrogant Ardenine swine, and I swear on the blood of Hanalea the warrior, I will geld you. Do you understand?”

One of my readers described Raisa as a playgirl—and she is. Like many a princeling before her, she intends to play the field before she makes a political marriage. She is a cynic when it comes to love—at first, anyway.
NEXT: Princess Central
Posted by CindaChima at 10:57 AM

Email ThisBlogThis!Share to TwitterShare to FacebookShare to Pinterest
Labels: Princesses, The Demon King, The Exiled Queen

I LOVE Raisa! She is a bad-ass princess who knows how to take care of herself. She breaks the cycle of passive, wind-blown, delicate flower princesses that have become prototype. A great return to the powerful woman ruler!

It is a bit depressing that the word "princess" is usually accompanied by adjectives such as dainty, delicate & swoony (I love that one). I'm glad that Raisa is breaking the mold. I love that she's kick-butt and ready to fight for her beliefs.