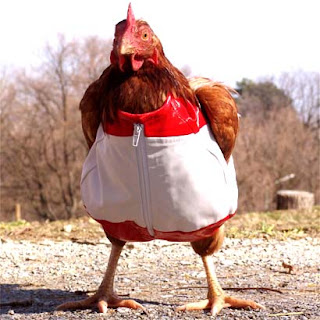 As a writer, sometimes I get impatient with people who say, I want to write, but I can’t think of anything. I want to tell them to go home and take up scrapbooking. Or classical guitar.
Writing is more about craft than concept. If you’re a writer, stories are everywhere. You just have to recognize them when they bite you on the…um…toe.
Perhaps they are setting their standards too high.Imperfect stories can be compelling, too.
I like to take walks around my subdivision in the afternoons. It’s not exactly your colorful city neighborhood, peopled with diverse characters, exploding with gritty drama, but it has its moments.
Take yesterday, for example. As I walked between the manicured lawns, I saw two boys crouching on the devil strip, their attention focused on the ground. As I got closer, I saw they were corralling two half-grown chickens.
I said, just to be sure, “What are those?”
“Chickens,” one boy said, looking up over his shoulder and rolling his eyes. “This one’s a hen, that one’s a rooster.”
Chickens in the ‘burbs. “Oh,” I said. “What are they doing here?”
“Well,” the boy said, “Mostly eating, sleeping, and pooping.”
I guess that falls into the ‘ask a silly question’ category. But what I meant, was: What’s the story? Several possibilities had already popped into my head.
Later, I saw a young girl approaching me on a mini bike—a very small, motorized bike. She was gangly—almost too big for it, her long legs nearly dragging on the ground. If I had to guess, I’d say she was about eleven. She wore a camouflage shirt and pants, and what looked like a combat helmet, though maybe it was a stand-in for a bike helmet. Over her shoulder was slung a toy machine gun, the business end pointed at the sky. She buzzed past me and on up the street, a solemn, combat-weary expression on her freckled face.
There’s a story there, I’m sure of it. I just don’t know what it is.
But I can make up a dozen or more.
Posted by CindaChima at 11:25 PM

How very true there are stories all around us just waiting to be told.

Oops... I'm using a different computer. It's telling me I flagged your blog for objectional content. Not intentional - I promise! But I bet you could make a story out of it...

OK, having been one of those people who frequently said "I would write if I had an idea," your blog post has inspired me to at least be more openminded about starting up stories when I get the urge. Thanks! And LOL on the chickens!