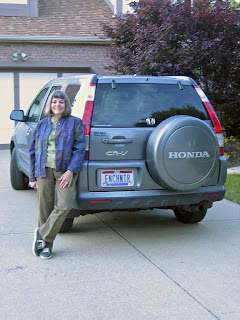 At our automobile business, we've had visits from TEACHR (BMW) and CELLIST (Land Rover)

We've had many strange plates over the years.