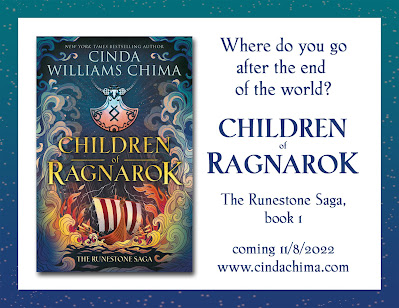 After the disaster of Ragnarok, the Midlands have become a dangerous place, teeming with refugees from the nine worlds—demons, outlaws, ice wolves, jotun, and the draugr—the walking dead. Sixteen-year-old coaster Eiric Halvorsen does not look to the dead gods for help. Instead, he relies on the weapons inherited from his fadir and grandfadir to protect their farm at Sundgard.  But now he’s been accused of a murder, and he knows the local council will declare him an outlaw, and seize his farm.

The spellsinger  and runecaster Reggin Eiklund serves the eldrjotun Asger Elder, traveling from town to town, performing in ale halls and longhouses. While Asger provides protection from the other monsters infesting the archipelago, she is desperate to escape her demon master. A chance encounter provides Eiric and Reggin a possible way out—if they are willing to take the risk.
The Runestone Saga--a duology that bristles with the magic, lust, swordplay (axe-play?), flawed heroes and complicated villains my readers have come to expect. 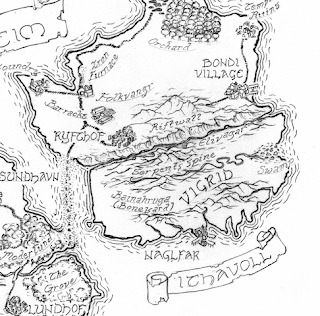 Posted by CindaChima at 5:19 PM