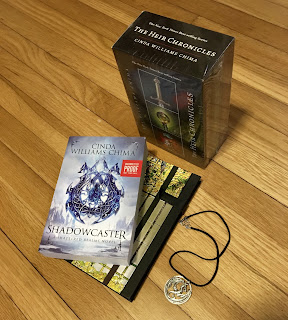 As for the others who entered, some of you may have already received your swag packs by now. Enjoy!
Best of all -- I donated $250 to the Cleveland Food Bank based on the number of contest entries. This money will be used to feed the hungry in Northeastern Ohio in 2017.
Thanks to everyone who entered. Readers rock!
If you didn't win the grand prize, don't despair! I'll be giving away more Shadowcaster galleys in the next few months. And stay tuned for a major cover art announcement tomorrow!
Posted by CindaChima at 12:29 PM