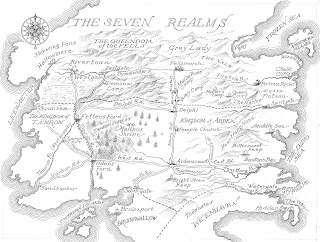 The Writer writes: Generally it's not a good idea to have lengthy passages/conversations in an alien, magical, or foreign language, even if translated. That slows down the pace and has the potential to send the reader elsewhere. Tolkien got away with it, but that was a while ago, he was a linguist, and even then, it was mostly in songs that readers could skip over if they chose.
Where alien or foreign languages are being used, if your viewpoint character understands the language, then it's already translated in his/her mind for the reader. If she doesn't understand the language, then it's just gibberish (no translation available.)
A good way to indicate a foreign speaker through dialogue is by using sentence structure and word choice in English to indicate that it is someone who is speaking a foreign language, while throwing in the occasional key foreign word, where the meaning is clear from context.
I don't have any aliens in my books (yet!) but people do speak different languages, and that's usually handled this way:
"Get out of my way!" Han said in Common, a language that even an Ardenine would understand.
Or "You're not going anywhere!" King Girard shouted in Ardenine, the harsh Southern syllables echoing in Raisa's ears.
I also use quite a few magical terms and slang words, which are explained, usually by a character or by context. For instance, a character says, "It's aelf-aeling. Also called Wizard Flame. It's like an amplifier for power."
Or, through context, as when a character says, ana memorare. When the victim loses his memory, the reader figures it out.
A glossary can be helpful for reference, in case a reader wants to double-check a meaning or takes delight in magical trivia (I have readers who do.) But glossaries, character lists, maps, and the like should be considered enrichment—an additional resource for the interested reader. The book should be readable without it.
Posted by CindaChima at 4:13 PM

Thanks for sharing your tips on this. Your examples from your book really help.

Just wanted to let you know that there is an award for you on my blog! Have a nice day!!

I loved your books and the way you did the different languages. But I'm glad you shared it again.

I use only 'alien curse words in mine. Makes it much easier.