The Art of the Crossover

Today, I'm guest blogging over at The Cozy Reader.

When I was a teen, YA lit was in its infancy, and so it was adult books that I devoured—everything from the original James Bond novels to my mother’s historical fiction. And fantasy—lots of fantasy, including Mary Stewart’s Arthurian novels, David Eddings’s high fantasy, Marion Zimmer Bradley’s Mists of Avalon, Tolkien’s The Lord of the Rings trilogy, and Mercedes Lackey’s novels.
Fantasy is a natural crossover. Mainstream fantasy often involves coming-of-age stories, so it’s not uncommon for adult fantasy to have adolescent viewpoint characters. It’s a time of life when transformations occur and latent powers manifest.
These days, we’re seeing more and more adults turn back to the teen shelves to find compelling fiction of all genres, but especially fantasy and science fiction. http://www.guardian.co.uk/books/booksblog/2007/sep/19/thegrandtraditionofcrossov
Recent examples of crossover books include J.K. Rowling’s Harry Potter series, Stephenie Meyer’s Twilight, Kristin Cashore’s Graceling and Fire, and Suzanne Collins’s Hunger Games trilogy.
http://sjaejones.com/blog/2010/the-breakout-or-crossover-ya-novel/
Those of us who write YA fantasy have our feet firmly planted in two different worlds—those of teen lit and mainstream (adult) fantasy. When you walk that borderline, you can end up pleasing both audiences, and so produce a highly-successful crossover that appeals to all ages. Or pleasing neither, and then your book ends up on the bargain table.
Mainstream fantasy fans are sophisticated readers familiar with standard fantasy tropes and archetypes and dismissive of stories that tread over familiar ground. They are usually willing to embrace high fantasy with its complicated names, magical terms, and detailed world-building. 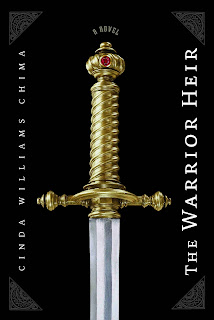 Teen readers, on the other hand, might be enchanted with a classic fantasy story, well told. But they quickly lose interest if overwhelmed with excessive fantasy jargon and dense architecture. So it is a challenge to write fantasy that is both appealing to adult readers and accessible to YA readers in general.
My Heir Chronicles series (The Warrior Heir, The Wizard Heir, The Dragon Heir) is contemporary fantasy set in the magical Midwestern world of Ohio. I always intended it to be YA fiction, but my agent thought it might be attractive to adult imprints as well, so she shopped it to both. Some YA publishers said it seemed more suited for adults, and some adult publishers recommended that we try YA imprints. Eventually, two YA publishers made offers, and it sold as YA to Hyperion.
That was the best thing that could have happened. The Heir series has been a best-seller with teens, but has managed to attract adult readers as well. 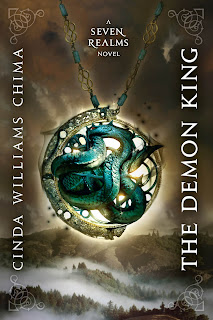 My new Seven Realms series (The Demon King, The Exiled Queen) is high fantasy. It’s set in a quasi-medieval world I created for The Star-Marked Warder, an unpublished adult fantasy trilogy. For my YA series, I took two pivotal SMW characters back to when they were sixteen years old. Although I intended it for teens, the series is being published as YA fiction in the U.S., and as adult fiction in several countries overseas.
I don’t know that you can set out to write a crossover novel—you write the best story you can and then let the readers decide. Fortunately, a book that is respectful of teens as readers will often appeal to adults.
Here are some strategies that may help a book cross over:
·      Create layered, realistic, engaging characters. Although YA books will always focus on young characters, crossover books feature characters that resonate with all ages.
·      Get beyond high school. I don’t mean that your story can’t be set in a high school, or feature characters of high school age—but it should involve larger themes and a broader scope than who’s going to ask me to the prom or am I going to make the soccer team. Most adults have no desire to go back there.
·      Consider historical fiction. Period pieces can work well as crossovers. Extended adolescence is a modern phenomenon. In the past, teens were expected to function as adults—they were often out on their own, earning their own living, drinking in taverns and getting into the kinds of complicated situations and scrapes that appeal to adults and teens alike.  YA authors can often get away with more in a period piece—nobody worries so much about teens who grow up fast.
·      Consider voice. Voice relates to character and scope. A strictly YA voice tends to be very immediate, narrow and self-conscious; a crossover voice has a broader  perspective—it is more inclusive of the past, present and future.
·      Tell the truth, and never, never, never condescend. Neither adults nor teens want to read a book that has been “dumbed down” in any way.
·      Don’t try to teach anybody a lesson. If a reader takes away a lesson from your story, then fine, but story comes first.
·      Lobby for a cover with broad appeal. Adults don’t want to carry around a book that outs them as a reader of YA fiction.
The good news is that much of what appeals to teen readers appeals to adult readers as well—characters that they can relate to, tight, clean, accessible  writing and a fast-paced plot. In other words, a good story well-told.
Posted by CindaChima at 8:29 AM

That is so right im not a writer but as a reader i hate blah books please dont do the predictable things in your books i just got the last book in a series and the author might as well have wrote the end and called it good cause when you have 4 great exciting books the end cant be a 5 th book where everything happens so predictably i was so p.o. Im reading the seven realms novels the heir novel held no interest for me so please just keep up the good writing

Thank you very much for all your helpful blog posts about writing. They give great advice and are inspiring. I really find your advice about themes particularly compelling. I listened to a memoir by Stephen King, and he says much the same thing. As a reader, looking back, that must be true. I can never connect to stories that feel preachy. But I will always remember books with great stories.