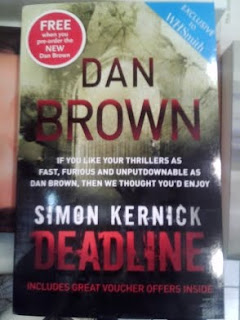 The book contains no dragons, no sailing ships, no cool wizard staff like this. The cover does promise fantasy. Oh, yeah—the title is different, too. The Dutch title means, “Black Magic.” I’ve been getting fan mail from the Netherlands, and nobody’s complained about it, though somebody did write and ask why the title is “Black Magic” in the Netherlands, and “The Demon King” in the U.S. Answer: I don’t know.
Next post: more on covers
Posted by CindaChima at 8:06 PM

The Netherlands cover looks like it would be more appropriate on Wizard Heir--which is what I thought it was before I read your accompanying text. Personally, I don't pay too much attention to covers now, but I do remember when I was younger becoming angry when a character on the cover was blonde but the book described her as a brunette--it felt like a betrayal. (I still remember a paperback copy of a Victoria Holt novel that did that to me.)

I heard a horror story of a cover where the heroine was depicted with a third arm (oops). That's just sloppy work, in my opinion.

When you get into elements that don't match up to what's in the book, it's not necessarily a matter of misleading potential readers, but folks in the art/PR departments that haven't read the book making marketing decisions. I spoke with an author who had a great, eye-catching cover on a mystery novel...cover had a lighthouse in the dim light of evening on a rocky coastline. She explained that her novel didn't take place on a coastline. She had no say in the matter. So she ended up with a cool cover, representative of a mystery, but not representative of the story. I'm not sure how I feel about that. As an author myself, I'd be pleased that the cover catches attention, but, on the other hand...who's book is it meant for?

Sandy Lender
"Some days, you just want the dragon to win."

Cinda,
I stopped in this evening to say "hello" and tell you I'm looking forward to meeting you at Context this weekend. I'm gathering info for good questions to ask you during the Writing Fantasy panel Friday night. ;)
Sandy Lender
"Some days, you just want the dragon to win."