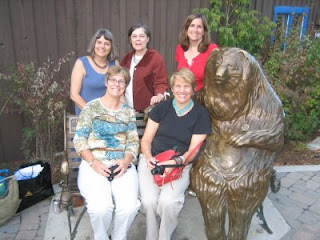 Posted by CindaChima at 8:09 PM

Hear, hear! That kind of unfounded anti-genre attitude always makes me so mad, too.

I'm sure you hear this all the time; I LOVE YOUR HEIR BOOKS!!!! They rock: hard and out load. I can't wait to get my hands on the dragon one. Please continue to write. Your books are awesome. Also, I saw you put links on your website for young authors, and i'd like to thank you. I'd love to be a writer. Even if I don't go big like you.

Just think what an awful world it would be if nobody ever wrote for children, and young adults! That clerk sounds like what I refer to as a pseudo-intellectual.

I just finished "Warrior" and I think I will follow the YA fantasy with a chaser of slushy romance. But then, I am dreadfully plebian. :)