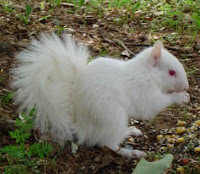 For a map of albino squirrels spotted around the world, follow this link.
http://www.thewildclassroom.com/biomes/speciesprofile/deciduousforest.html
Posted by CindaChima at 5:32 PM