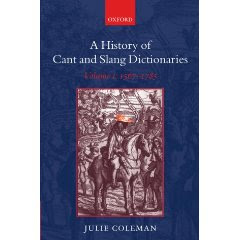 I love research. Some people are surprised to hear that, because they assume I chose to write fantasy fiction so I wouldn’t have to look anything up.
“How hard can it be?” they say. “If you don’t know something, you just fake it. It’s not like you have to research the color and size of dragon scales.”
Now I will admit that I am always too eager to get to the keyboard to spend much time in pre-prep. I don’t even wait until I have the entire plot worked out, so you might guess that I’d find the prospect of spending hours and hours in archives and libraries, sorting through old maps, original records, and dusty old textbooks unappealing. But anyone who thinks he can avoid research by writing spec fiction has not done his…er…research.
I tend to do research in fits and starts, kind of a research-as-you-go method. The danger is that research is also a great way to waste time if you’ve run into a plot problem or word blockade.
“Guess I’ll hop over to Google and find out what kinds of furniture finishes were used in the Roman Empire,” I might say. Four hours later, I’ve not written another sentence and my character is still mired in malaise.
Maybe I’ll go look up the word malaise in the online thesaurus and see if there’s a better word.
Right now I am writing a high fantasy series for Disney*Hyperion. The action takes place in a medieval setting. Here are some of the topics I have researched along the way:
· Old English vocabulary: I often use Old English words for spellwork and magical terms. So I consult an online Old English/English Dictionary:
· Castle architecture: castles and fortifications play an important role in fantasy, even in my urban fantasy Heir series. So I’ve consulted a number of online sources regarding terminology, form and function, for instance http://www.medieval-period.com/
· Weapons: What’s the difference between a crossbow and a longbow, and what’s the range of each? What sounds do they make when fired? What device does a person use to cock a crossbow? Did you know that crossbows need to be cocked? If your fantasy takes place in a medieval setting, or in an urban setting with medieval weapons, it’s important to be aware of their function, use, and limitations. Otherwise you’ll receive emails from medieval weapons geeks.
· Herbals and remedies: I often use a combination of real traditional remedies and “made up” herbals. For instance, “flying rowan” is a real botanical that traditionally protects against magic. See http://en.wikipedia.org/wiki/Rowan . I also made up a botanical called razorleaf that is an addictive stimulant used by some of the gang members in The Demon King.
· Medieval travel: a common complaint about fantasy novels is that characters often cover impossibly long distances on horseback, or travel for hours at a dead run on horses that do not require refueling. If your characters are on the move, you must know how far they can travel in a day in order to construct a believable timeline and geography.
· Thieves’ cant and medieval slang: one of my viewpoint characters in the Demon King series is a teenaged gangleader. There are dictionaries of “thieves cant,” the slang thieves used among themselves in medieval and more recent times. Find a dictionary of thieves cant here. http://www.thievesguild.cc/cant/cant2english.php

Although the Heir series was set mostly in Ohio, a state I know well, I spent time researching sailing, because there were several sailing scenes in the novels, and the geography of the Lake District in England, because of events that occur there. I visited the church in London where Seph and Linda take refuge from pursuing wizards. Were there permanent pews or movable chairs? I didn’t know, and I couldn’t find that information online.
So, even if you want to write fantasy fiction, sharpen up those research skills. You’ll need them. Just don’t let endless research be an excuse not to write.
Posted by CindaChima at 9:42 PM

Plz i wish for your assistance I love your books and wish to learn where you got the charecter. I am a student from Kerr Middle School plz go to my blog I wish you would read it thank you for your time.

A blog I frequent is Gabriele Campbell's site Lost Fort at http://lostfort.blogspot.com/, who provides photographs and information about different castle ruins in Europe and the United Kingdom. She, too, writes fantasy.

I tend to run off on tangents while researching. Perhaps it is the nature of the topic, we already have an interest and anything more we might glean from our reading could be inserted into our stories.