Friday--Saturday, August 26-27th
The Doubletree Hotel
I often hear from writers seeking advice/mentorship  on craft. I don’t often teach writing workshops outside of a school setting, but I WILL be teaching at Context Speculative Fiction Convention this year, and hope you’ll check it out. It IS a bargain--$45 to sign up for the Con and $25 per two-hour workshop.
Here’s the low-down:
Release Your Inner Teen:
Writing Fiction for the Young Adult Market
(Friday, August 26th, 8pm-10pm)
Everyone agrees -- young adult fiction is booming. Many writers of adult fiction are interested in exploring the opportunities in writing for teens. But teen readers are among the most demanding readers of all. In this hands-on session, a New York Times bestselling author of young adult fantasy discusses techniques for winning the teen reader.$25, 2 hours. 25 seats remain.
Engaging the Wary:
Winning and Keeping the Impatient Reader
(Saturday, August 27th, 3pm-5pm)
These days there is a lot of competition for readers' time from video games, movies, and television. This creates new demands for writers.  This session explores strategies for launching with a compelling opening and using voice, character, conflict, action, pacing, mystery and narrative tension to keep the reader turning the page. $25, 2 hours. 25 seats remain.
There are other workshops and panels available as well. Get all the info here
Register for the con here
Hope to see some of you there!
Posted by CindaChima at 11:39 PM No comments:

We will miss your voice, which so often echoed our own. 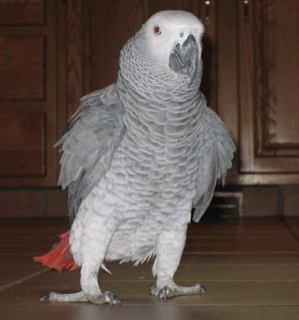 Posted by CindaChima at 8:08 PM No comments:

See my interview with Mindy here  I boldly answer questions about writing and the publishing process.
Posted by CindaChima at 5:30 PM No comments: 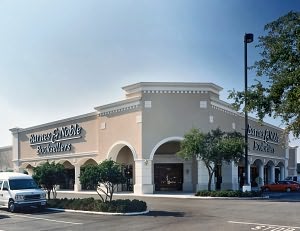 So in my last post, I noted that there’s always some flaw you overlook when you’re shopping for a house.
Here, in my beautiful stone cottage by the falls, it’s stumps.
Yes. Stumps.
Every place I want to plant something, there’s a stump in the way. There’s the pine tree that got blasted by lightning at the rear of the yard. There’s the remains of the taxus hedge that lined the walkway. There’s the arborvitae and bayberry stumps along the driveway. There’s a stump in the middle of the circular bed where the summer bulbs are to go.
And there’s the massive stump under the rose garden.
Well, it isn’t a rose garden, yet. And may never be.
The bed is sandwiched between the driveway, the patio, and the house. Though the dirt was rich and black, it was a nearly vacant canvas, ready for my gardener’s touch. I blessed the previous owners, who must have brought in a load of topsoil to create this lovely raised bed.
I imagined myself on some future summer morning, sitting on the patio, enjoying the fragrance and color from my adjacent rose garden, miraculously free of blackspot and Japanese beetles.
I’m a writer. I have a very good imagination.
So one morning I spread compost over the top of the bed and dug in.
Thunk! My shovel struck wood about six inches below the dirt. I moved six inches to the right. Thunk! A foot to the left. Thunk! I dug down far enough to see reddish wood.
I consulted my neighbor, who’d lived next door to the house for decades.
“There was a tree there,” she said. “It was a beautiful tree, with lovely pink flowers. A cherry tree, I believe. Don’t know why they cut it down.”
I went to call the tree man.
He looked the situation over. “Do you have to take it out?” he said, with the wisdom of experience. “Can’t you just plant over it?”
I imagined years of thunking into wood.
“No,” I said. “I want it out.”
He promised to return the next week to chip it out, but asked that we expose the entire stump in the meantime.
Expose the stump? Sure thing. That’s the easy part, right?
After a long day of digging up beds and planting perennials, I returned to the rose bed and began to dig. Thunk! Thunk! Thunk!  In a wider and wider circle. 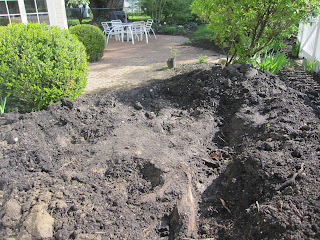 I piled dirt on the edges of my growing hole, and then had to shovel the same dirt again when I realized the stump extended further than I’d thought. In fact, the entire bed was a stump with a thin layer of topsoil on top.
After a while, my husband joined me and we dug in sweaty, strenuous silence, punctuated by the occasional groan and extravagant curses directed at the previous owners who’d left us this little surprise under the flower bed.
It had been a behemoth tree. A tree folks would drive miles just to see. A tree whose roots must extend clear through the world, to annoy Chinese people on the other side.
Better if it were a coffin, or a corpse. Then we could call the police, and THEY’D dig it up.
After a bit, I ventured, “I don’t think I can do any more.”
My husband kept digging.
“Don’t you think this is good enough?”
My husband kept digging.
“The next house we buy, I’m gonna walk around the yard with a long stick, and probe into the dirt, and see if there are any stumps,” I said.
He gave me a look.
Oh. Right. Our next house will be a stump-free condo.
Posted by CindaChima at 6:54 PM No comments:

Every time I buy a house, I learn something.
I once bought a house next to a tiny creek, and learned that tiny creeks don’t always stay that way.
I bought a house next to the airport, where we couldn’t hold a conversation with the windows open. Or out on the patio.
Friend, diving to the ground and covering her ears: What IS that?
Me, looking around: What?
That one, I should have predicted. Growing up, I lived in a house where the backyard ran down to the railroad tracks. We were on the wrong side, no doubt.
Friend, in shaking house: Is that a TRAIN?
Me: What?
In the summer, the sparks from the wheels used to cause brush fires. Plus there were big holes in the yard with crayfish living at the bottom of them. I’m not making this up.
Buy a house with a leaky basement, and your next house will be built on a slab.
Buy a house on a slab, and you find out there’s no place to put things. And no place to go during the tornado warning. I’m a Midwest, girl, and huddling in the bathtub doesn’t do it for me. I imagine soaring over the rooftops in my soaking tub, gripping the porcelain on either side.
Buy a house on a busy road, and you’ll vow that your next place will be on a cul-de-sac. Or in the middle of nowhere.
Buy a house in the middle of nowhere, and you’ll regret that you have to get into the car to buy coffee.
Buy a house in the suburbs, and you won’t know your neighbors.
Buy a house in a small town, and you may get to know them too well.
Buy a house with a huge yard, and your next place will be a condo. Where you’ll pine after the flower borders you left behind.
Buy a house with a leaky roof, and you’ll crawl all over the roof of your next house, looking for heaven knows what, because you’re not going to make the same mistake again. Meanwhile, you overlook the faltering septic system.
You see, none of the lessons learned will ever do you any good, because there are myriad more mistakes to be made.
Posted by CindaChima at 10:44 PM 2 comments: