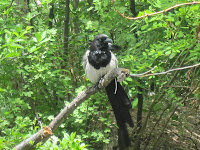 I am a fiend with a digital camera. I come from the desperation school of photography—take enough photos, and a few are sure to come out. In the old days of film cameras, each decision to shoot was an economic one—how much do I really want a picture of Aunt Milly in the flower garden? So-called snapshots were rare. If you didn’t have time to actually frame and compose a photograph, you didn’t take it, because who wanted to pay to develop a blurred image of a roadrunner’s butt? 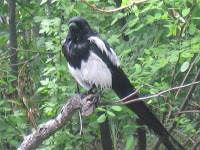 Now that I am free to shoot away, I do. I’ve taken photography classes several times, but find that many of the principles sieve through my mind like sand through a colander. Likely cameras, like cable television, are too sophisticated for me. But I’ve learned enough about my little digital camera to take some pleasing shots. Out of a hundred or so. Happy accidents that capture the truth of a place.
I use my camera as a substitute for my imperfect memory. I can remember things from childhood like the fifty states in alpha order or Frost’s “Stopping By Woods on a Snowy Evening.” But when writing in my journal, I find myself calling over to my long-suffering spouse, “What was it we did today?”
When I use a camera, it’s all about story telling. What photographs do I need to tell this story? How can I recapture the atmosphere, the light, the scents, the experience of being in Taos, NM.? Little things—what were those flowers along the river that smelled so good? Who were the innkeepers and what was their story? What were the colors that smacked my eyes—the browns, the oranges, the multiple shades of gray—so different from the greens of home?
The mountains are called the Sangre de Cristo Mountains—the blood of Christ. How do I capture that?
I take dozens of photographs, because I am acutely aware of the limitations of the camera lens compared to the human eye, with its filters of emotion and memory, the other senses layered onto the images it captures. I am always a little disappointed in my photographs. But it was better than that, I think. I can’t always get at the truth in a photograph. It doesn’t produce the same emotional experience as the real thing. 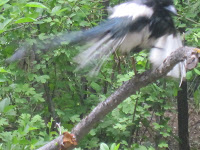 We saw the Georgia O’Keefe Abstraction exhibit at the O’Keefe Museum in Santa Fe. Quotes from O’Keefe annotated the paintings, most done early in her career. Much of what she said seemed to apply to writing, too.
One can't paint New York as it is, but rather as it is felt.
I had to create an equivalent for what I felt about what I was looking at - not copy it.
I often painted fragments of things because it seemed to make my statement as well as or better than the whole could.
Objective painting is not good painting unless it is good in the abstract sense. A hill or tree cannot make a good painting just because it is a hill or tree. It is lines and colors put together so that they may say something.
Reading is collaboration between the writer and the reader. It’s not so much the story you’ve written, but the story that the reader creates in response to it—the emotional truth of it.
Sometimes the truth of a thing is different from its exact reproduction on the page. In the best writing, the truth we capture is both more and less than a transcript of life. It is life, edited to reveal truth.
Posted by CindaChima at 9:58 PM