I'll be at Barnes & Noble Crocker Park This Saturday! 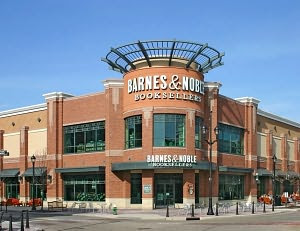 Posted by CindaChima at 10:07 PM No comments:

Our new home by the Falls hasn’t been locked in seven years. Our first clue was when we made arrangements with the sellers to take possession. “Leave the keys at the realtor’s,” we suggested. “We’ll pick them up there.”
“We’ll just leave the house unlocked and put the key on the table,” they countered.
“Um, no,” we said, feeling appallingly big city. “We’re not comfortable with that.”
They did it anyway. We found the house unlocked, and one key on the hook in the kitchen—to the side door.  None of the other doors matched—and none of them had keys.
So I called a locksmith. Wiley was his name. When I explained the situation, he said, “Is there anything on the key you’ve got? Any writing? Numbers or letters?”
I squinted at the key. “There’s a C,” I said.
“Ah,” he said. “I know what you got there. I can be there in an hour.”
Wiley was big, and he wore a bomber jacket with leather sleeves and a bluetooth device in his ear. I took him from door to door and he’d pop out the locking mechanisms and pop them back in, try the knobs, slide the bolts around.  Clearly, the man knew his way around a lock.
“I’ll need to order some parts,” he said, quoting me a price. “Place my order beginning of next week so I can order everything at once.”
“We need a painter, too,” I said. “And a chimney sweep.”
“For any of the trades, ask down at the hardware store,” Wiley said. “They know everybody, who’s good, and who to stay away from. You’ll probably have to wait for the best ones. If they say they can come right away, they’re probably no good.” He paused, then grinned sheepishly. “Guess I came right away, though.”
Wiley said he was born and raised in the village. He’d been in the locksmith business for twenty-nine years. “Wasn’t a family business, I started it myself. My father was a harness-maker. My mother still lives up the hill there.” He waved vaguely toward Main St. “This is a nice place—a quiet, conservative little town, except at Blossom Time.”
“Blossom time?” I was instantly intrigued, as I always am by secret lives.
“People go kinda wild at blossom time,” Wiley said. “Memorial Day weekend. There’s two parades—a little one with the Boy Scouts and the American Legion that goes up to the Evergreen Cemetery. That’s on Monday. And a big one on Sunday that goes down Main Street. People are five deep on the sidewalks, and there’s hot air balloons going off at the high school. The funeral home throws a big outdoor party in their yard and the whole town’s invited. You see people walking around with their plastic cups.”
He paused, looking out at me from under his brows. “Anything can happen at Blossom Time. Then, after the weekend’s over, they go back to being their regular selves.”
Blossom time—a rite of spring after a long winter. I think I’m going to like it here.
Posted by CindaChima at 10:17 PM 8 comments:

Email ThisBlogThis!Share to TwitterShare to FacebookShare to Pinterest
Labels: blossom time, By the Falls

Certain ads keep surfacing on my Facebook-- ads telling me how I can publish my book and achieve my dreams and about weird tips for wrinkles and getting rid of belly fat. I’m always a little worried about how much these advertisers seem to know about me.
This ad has been showing up, lately, too. Does anyone else think this is funny? It’s not that I don’t think librarians are glamorous, but…